What can the genesis of Melbourne’s laneway culture teach us about remaking the city?

As the sheen came off our 1990s obsession with sundried tomato focaccias, a quiet revolution was underway in the city’s abandoned buildings and underground arcades. 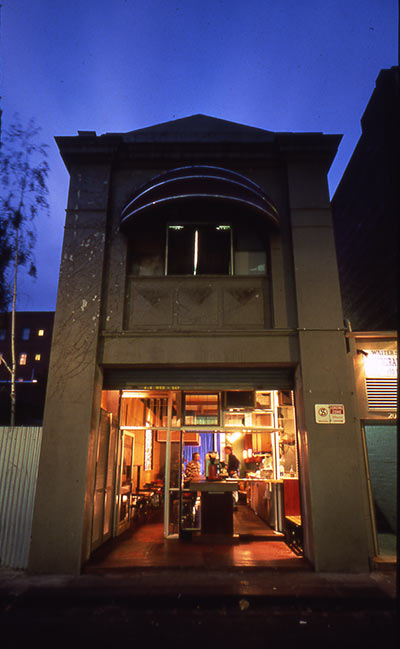 ‘On a Sunday we’d cook a barbie on the roof of our building on Hosier Lane, and it felt like the only other living creature in the city was the bird of prey circling overhead,’ said Mark Healy, a founding director of Six Degrees Architects.

Mark and 10 friends had taken over the top floor of an old building made vacant by the recent recession.

It felt like they had the city to themselves but when the sun went down their entertainment options were limited to musty pubs and noisy nightclubs.

‘We wanted somewhere in the city to stay up late and drink and talk with friends, and one of us had the idea of starting a bar,’ said Mark.

They pooled their slender resources and converted a stripped-out hair salon into the city’s first laneway bar.

Meyers Place bar was quickly crammed full of curious artists, designers, makers and city dwellers, many of whom had set up homes and studios in hidden warehouses and faded neo-Romanesque beauties.

‘Melbourne discovered its mojo during the 1990s recession,’ said Craig Allchin, another co-founder of both Meyers Place and Six Degrees.

‘It built a brand out of empty spaces. It was an interesting place. It was cheap to rent those old spaces. That’s what enables new things to happen in cities. And that’s currently up for grabs again.’

Although the crew from Meyers Place has moved on to different projects, some of these bars are still serving drinks more than 20 years later. And our foodie scene now graces our footpaths and parklets through our outdoor dining initiative.

A sweeping view of the city convinced jeweller Ali Limb to take a seventh-floor studio in the Nicholas Building in 1994. That and the cheap rent. Ali joined a matrix of creatives tucked away in draughty city studios.

‘Jewellers in the city were doing really great and edgy stuff. Like an exhibition of rings formed from ice that would gradually melt over the day,’ said Ali. ‘Beautiful, spontaneous, experimental.’

In 1998 Ali teamed up with friend Emma Goodsir to create a laneway retail space and gallery for local jewellers. A startup grant from City of Melbourne helped them take the leap and e.g.etal is still running today in the central city under Emma’s direction.

‘e.g.etal fuelled the craft and made it a financially viable career for many artists,’ said Emma.

‘This contributed to the city’s growth into an internationally recognised hub for contemporary jewellery.’

Momentary beauty was also fostered by indie fashion house Alice Euphemia, which opened in a ‘dark and spooky’ underground arcade in Flinders Way in 1997. It eventually moved into an empty police station in Cathedral Arcade.

‘The rent was so cheap we could afford to be creative,’ said owner Karen Rieschieck, who ran Alice Euphemia for 17 years.

The launch of each new collection was an excuse for a party that spilled out into the laneways and attracted all types of creatives. Collaborations abounded.

‘You can’t fake that. There’s value in curating free or very inexpensive spaces for creative people. There’s a lot you can do with empty spaces created in the city by the pandemic. How landlords use their empty space is going to be very beneficial to the city,’ said Karen.

The City of Melbourne is now connecting landlords with prospective tenants like artists and entrepreneurs to convert empty shopfronts into pop-ups through its Shopfront Activation Program.

Putting the fun back into art

Look up while walking down Centre Place and you’ll still see two of the four light boxes that the City Lights crew stuck to a wall on the side of a bank in the early 1990s. Vessels for a new type of exhibition space.

‘It was 50 per cent permission and 50 per cent punk anarchy,’ said Citylights co-founder Richard Butler Bowdon.

‘The punk anarchy sucked people in. It was unexpected. People were used to seeing advertising in light boxes but instead they got art.’ 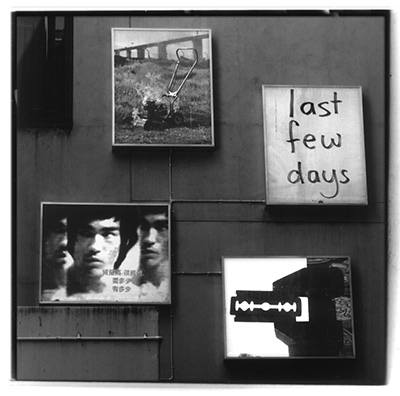 ‘The stencil thing really blew up at that Hosier Lane site. It was from the ground up. We were part of a current that put fun back into art,’ said Richard.

When the city turned its attention to buffing the streets until each surface sparkled, it also created empty canvases for street artists, according to curator Dr Lachlan MacDowell.

‘You wouldn’t spend six hours painting a wall that would be cleaned regularly. Stencilling began to make sense – you could create multiples and not worry too much. They were at the human scale,’ said Lachlan.

Having seen the city as a playground in the 1990s, Lachlan has teamed up with artists to bring light and colour to our laneways through the Flash Forward program, which commissioned artists to add their distinctive mark to 40 city laneways.

It may have seemed spontaneous, but the slow dance of ‘urban choreography’ – as Council’s City Architect Rob Adams describes his 38-year relationship with Melbourne – began in 1985.

‘We made incremental changes to reinforce the city’s own character,’ said Rob.

Footpaths were widened. Lighting was added and traffic calmed. Disused roads were reclaimed as green space. Melbourne began to play to its strengths: iconic bluestone pavers, laneways. Gradually, we even returned our attention to the long-forgotten river.

‘When the property market crashed, rents in old buildings dropped and everyone moved to high-class accommodation. These old buildings were left empty.’

While adventurers had made a community in some empty spaces, Rob and his team approached landowners and encouraged them to convert their buildings into residential spaces.

The idea was controversial at first and required fancy footwork with the fire department and other regulators, but Postcode 3000 evolved quickly.

Melbourne’s residential population swelled from 685 city dwellings in 1982 to more than 40,000 dwellings today across the CBD, Southbank and Docklands.

Through a new residential campaign, ‘This is your local’, we’re once again encouraging people to embrace city living and make the most of current stamp duty concessions on new apartment purchases.

There were unexpected side-effects of the success of Postcode 3000. As more professionals moved into the city, studio spaces were converted into apartments and rents went up. Many artists were forced to withdraw, but they left a powerful legacy.

‘The creative people who got pushed out by Postcode 3000 are the people we can bring back into the central city post-COVID,’ said Rob. ‘If we can get those empty spaces and put creatives into those spaces, what a great combination.’

Melbourne moments
Get discounts through the Melbourne Attractions Keypass. Look for $20 tickets at Arts House. Catch a gig. Connect with Aboriginal Melbourne. BYO wheels and cruise around our friendly bike lane network.

Shopfront activations
Keep an eye out for artisans and entrepreneurs-in-residence at street level. Our Shopfront Activation Program is transforming empty shopfronts into creative spaces and temporary shops under a $2.6 million program in partnership with the Victorian Government.

Local businesses
Enjoy an outdoor table at your favourite eatery. We’re making it easier for businesses to trade outdoors with permit fee waivers, new infrastructure and a boost for the Business Concierge.

Parks and gardens
Pack a picnic basket full of goodies from an indie city grocer and take your pick of stunning city gardens. Find the secret waterfall, do some forest bathing and breathe.