Lose yourself in moving and magical stories about Melbourne.

To help you find your next page-turner, simply ask one of our passionate librarians, or browse the archives of their Dear Reader and Desert Island Books podcasts.

Here are some of their top tips for books to borrow that are set in Melbourne. All of the books are available in our libraries.

The Tales of Mr Walker
by Jess Black

The first book in a gorgeous series about the real-life dog who lives at the Park Hyatt. 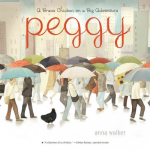 Follow the adventures of a very independent chicken who catches the train into the CBD. 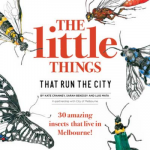 The little things that run the city
by Kate Cranney, Sarah Bekessy, and Luis Mata 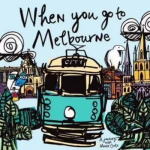 Take a nonsense romp around the city with an award-winning author of Melbourne history. Spot delights and hidden treasures including the golden whale, and the giants and their clock.

The Grandest Bookshop in the World
by Amelia Mellor

Introduce your children to his enchanting middle-grade read about Pearl and Vally Cole who reside in Cole’s Book Arcade in Melbourne. In 1893, it was the grandest bookshop in the world, brimming with every curiosity imaginable. Even monkeys.

A poignant and unpredictable debut from an exciting literary talent about how the life you have can change in an instant. Described by The Guardian as ‘a modern-millennial tragedy’.

This beautifully told tale of love and obsession among the creative folks who inhabit the inner northern suburbs of Melbourne in the 1970s was Helen’s debut novel.

Young Tom finds himself swept up in the infamous theft of Picasso’s Weeping Woman from the National Gallery of Victoria. A rich imagining of a crime that remains unsolved to this day.

Our Magic Hour
by Jennifer Down

A story of love, loss and discovery. This debut novel captures that moment when being young and invincible gives way to being open and vulnerable, when one terrible act changes a life forever.

A City Lost and Found: Whelan the Wrecker’s Melbourne
by Robyn Annear

The demolition firm of Whelan the Wrecker was a Melbourne institution for a hundred years. Peer through the rubble to uncover stories about Melbourne’s lost history.

Holding the Man
by Timothy Conigrave

At a Catholic all-boys school in Melbourne, one boy falls in love with the captain of the football team. What follows is a lifetime of love, passion and heartbreak.

The Yarra River is a place for adventure and escapades for Ren and Sonny, 12-year-olds coming of age at a time when development is changing both sides of the river. Set in the 1960s.

My brother Jack
by George Johnston

This semi-autobiographical novel follows the narrator through his childhood and adolescence in interwar Melbourne through to adulthood and his prominent career as a journalist during World War II, to his life on a Greek island in the 1950s and 60s.

The Trauma Cleaner
by Sarah Krasnostein

The story of one woman’s extraordinary life in death, decay and disaster.

Melbourne was named the world’s second UNESCO City of Literature in 2008. This mantle is now shared by more than 40 cities, including Edinburgh, Dublin and Barcelona.

Places are awarded this title in honour of their rich urban literary landscape, including publishing initiatives, education, events, libraries, translation of foreign texts and new media.

Get inspired to write

For example, just a few years ago, Jane Harper was dreaming up her first novel at City Library. Little did she know that her page-turning outback mystery The Dry would become an international best-seller and a highly-successful film. To find out more about Jane, visit Library lover to best-selling author.

Have you got a story to tell? Get your creative juices flowing at our Libraries.

Don’t forget, our libraries offer far more than books. Here are 10 surprising things you can do with your library card.

Look out for specially designed biofiltration systems, or raingardens, on city footpaths. These unassuming garden beds use plants and soil to capture, filter and clean stormwater.
Find out more

Keep up with what's happening in the City of Melbourne by subscribing to the Melbourne newsletter.

Find out what's on in Melbourne with all the latest events, shops, restaurants and things to do.
What's On